The flames have been fanned, our system of hate is in place,
Decades of fears – of the muslim, the immigrant, the refugee’s face,
The fear’s locked in, right where we want it to be
Locked in to build up our giant war machine,
Oh, how it builds it’s hateful chant,
That malicious malevolent rant

Gotta make money, gotta pay the mercenary his fees,
Gotta make people scared, gotta make people flee,
Gotta make believe all is at stake –
Our lives, our homes, our American Dream
Don’t want people to wake
Gotta keep people asleep
So we can make these weapons,
Profit from our greed
Wage these wars,
Pay the monger
Sell these great big lies
And cover our genocide.
‘Cause that’s what it is,
When it comes down to it:
There’s no such thing
As a white terrorist.

See, we want what they have
But we can’t just go in
So we pretend we’re on a mission
Got a dictator to overthrow, an evil man,
So we’ll dive right in.
But we don’t want to save them
‘Cause when we leave, our “mission accomplished”
They’re in a greater mess than when we started,
As it turns out what we wanted was their oil
And we’d sooner see the earth’s waters boil
Before we give up that commodity,
No, that liquid gold is a necessity.

So, we’ll dig ditches for the small and the tall,
The young and old, for them all to lay in,
All an echo of the good ol’ Carter Doctrine.
Yes, we plant our tyrants and murder ‘em quick
If they fall out of line or play some trick,
‘Cause we want what we want,
And it’s not bad when we want it.
And on and on and on that story goes
Until the world is in its dying throes.

We fight to keep the brown people down
Then along comes Bissonette, hate’s white crown
And we say “he’s a child” about that grown man,
No, he doesn’t look the part, he’s not even tan!
‘Cause that’s not what a terrorist looks like,
No, he can’t be a terrorist: he’s white.

See, that hate is okay
But this one’s not,
And that’s how it starts
That’s how we’re caught.

We’ve been on this road awhile
The road to this hate genocidal
We’re taught that killing’s okay
If it’s approved by the state.

See that war over there, that far away land?
It’s okay, they’re different! They don’t understand!
A few deaths here and there, why, they don’t matter at all!
But that’s not what our papers tell us, not the story at all.

The way they tell it, we’re heroes to these “heathens”,
Stepping in to save them, from the tyrant that leads them.

Never mind we put that tyrant in power
Never mind we poisoned their water
And blew up their phone lines and power,
No, see, killing’s okay if it’s approved by the state
And this is our terror, our genocide of late.

We bomb their hospitals, farms, and schools
And pretend we didn’t knowingly break any rules,
But genocide is as genocide does
And look at what these wars have done.

It’s okay to bomb them, they’re not even people
Far away we steal the oil from these unpeople,
They know all kinds of terror, hate, and fear
They’ve been torn, starved, and maimed,
As we fight to “save” them, their saviors dear.

All in the name of America’s capitalism.
And this, oh, this is white terrorism
Under a different label, a different name,
But hate’s still hate, the cost? Still the same.

Then in enters a fool,
Saying he’ll make us great again
And we, in our hypocrisy,
Think he’ll make us hate again,
But we’ve hated all along
It’s been building and building
Our policies shifting,
Our suspicious eyes drifting,
The fear machine was whirring,
All the while this was going on,
We, unaware the beast was stirring,
As these wars waged on and on
We had to believe
These people were lesser
Their lives with less meaning
So we grew numb to the deaths
That grew greater every day
What could we do after all?
And the hate came easily
Once the numbness was in place,
In seeped the pride,
Oh, yes, the lie that we’re great.

To counter this circle, to stop this trend,
I want to shout, “This must END!”
Perhaps it’s because I’m a parent,
There’s that little voice in my head,
And I want to remind us, one and all,
That a wise elephant once said,
“A person’s a person, no matter how small,”
And if we just remember that elephant’s call
And go one step further, until it can be said
“We believe a person’s a person
No matter their shape, size, or skin;
No matter their location on this earth;
No matter the faith they believe in;
Every person is a person,
And every person has worth,
And a death is a death
When a person draws their last breath.

And if hate caused that death, and left seeds of terror
All for the desire for glory and power,
And it left a people afraid to simply be
Why, terrorism! Terrorism is the name for that deed.

But, no, we can’t say that, we can’t betray our brand.
No, our commodity, we must bow to its demand!
See, everything’s in place! Can’t be departed!
The war machine’s gears have already started!
We’ve sold the war, we’ve bought the lie!
Too late! Too late! Far too late, they cry. 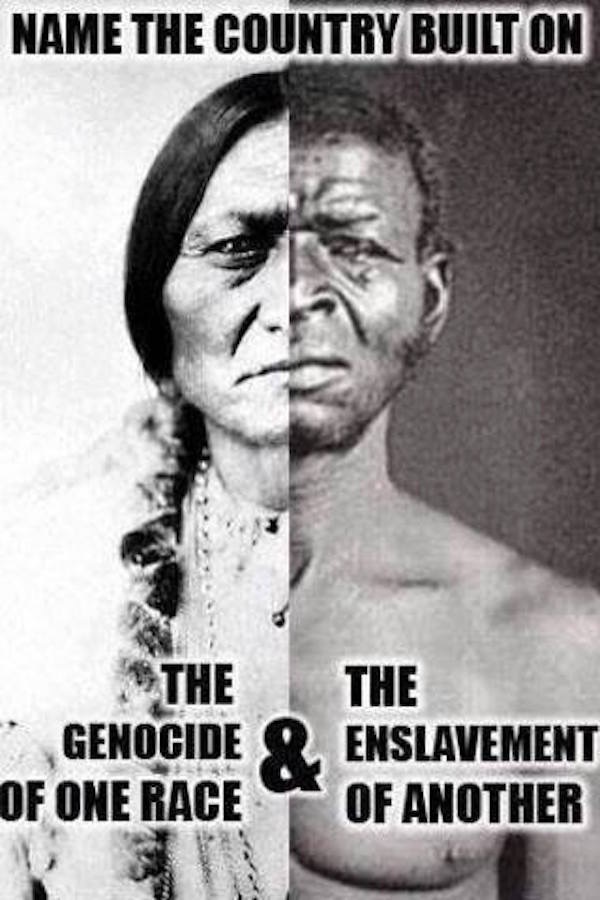